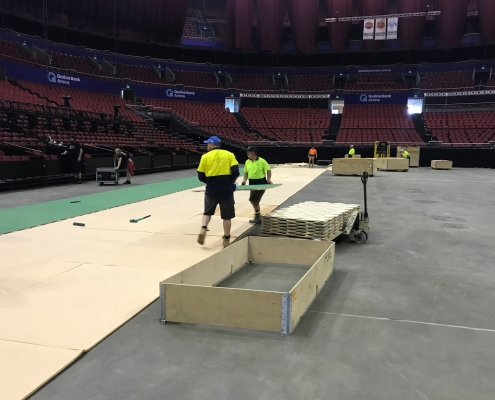 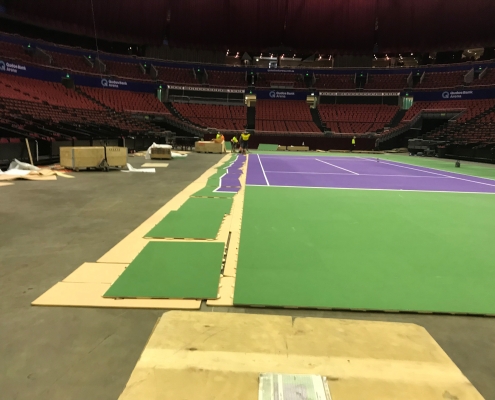 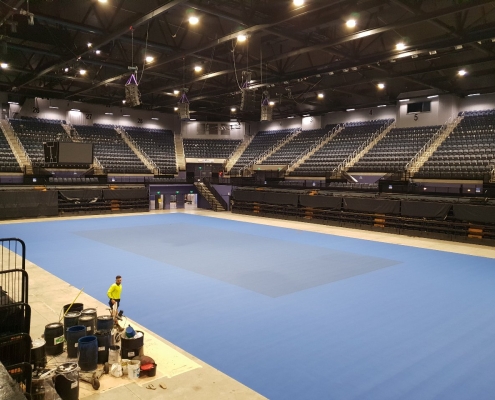 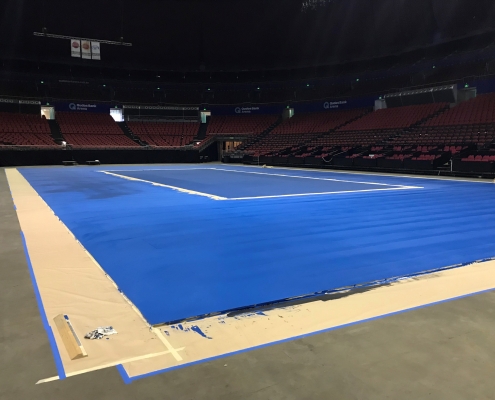 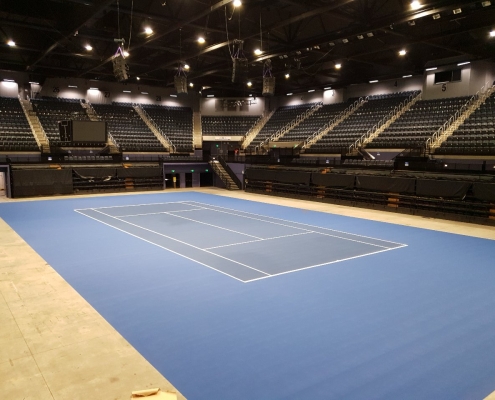 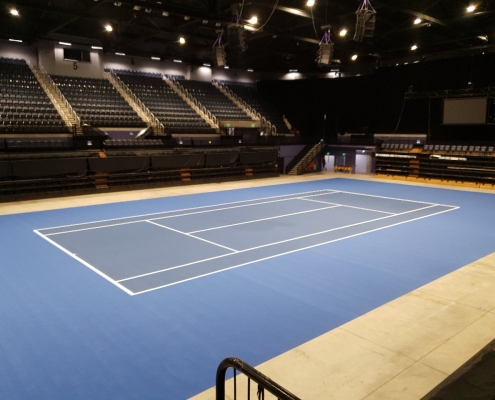 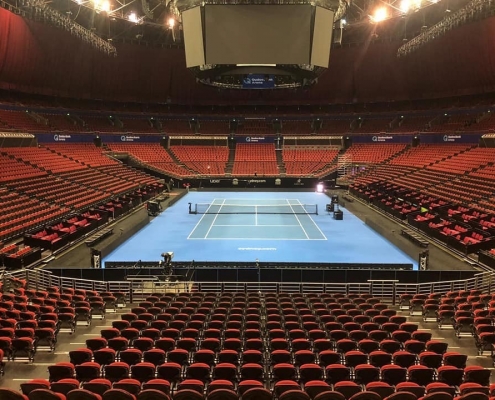 At the beginning of 2019, Court Craft recoated the portable Timber Tennis Court for the 2019 Sydney Fast Fours Event. The surface is like a large jigsaw puzzle and took 1 night to install and 1 night to remove. The exhibition event took place on Monday, January 7, 2019, at the Qudos Bank Arena in Homebush, Sydney and featured John Millman, Nick Kyrgios, Rafael Nadal and Milos Raonic in a Team Australia vs Team World format.

– Singles matches will are best of three short sets.
– Sets are first to four games, with a shortened tiebreak to be played if the game reaches 3-all.
– Tiebreaks are first to five points, with a sudden death point at 4-all.
– There is no advantage played. If a game reaches deuce, the receiver will choose which side of the court the ball will be served to for a sudden-death point.
– No lets will be called on serves, meaning that when the ball hits the net and bounces in the service box, play will go on.
– Players are not allowed to sit down at the change of ends.
– The break between sets is 90 seconds. Players are allowed to sit down then, but not between games. 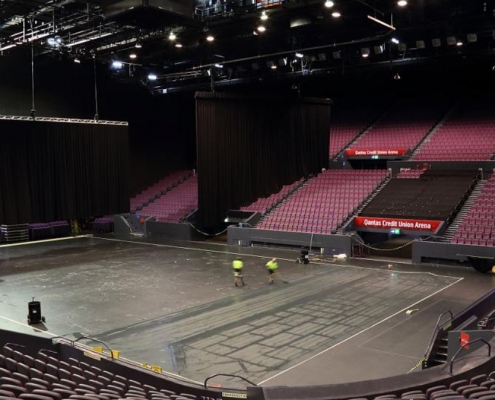 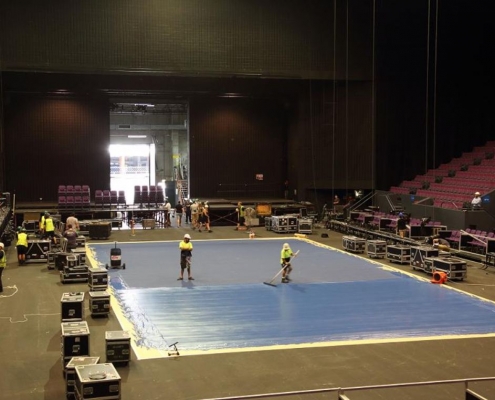 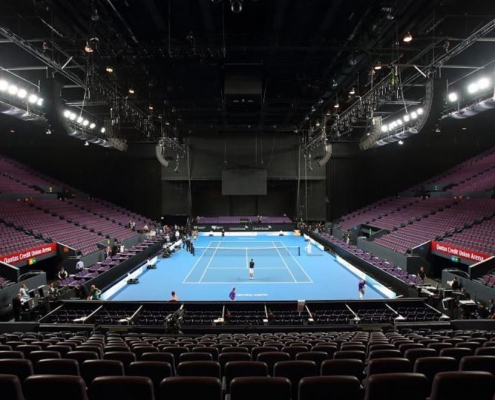 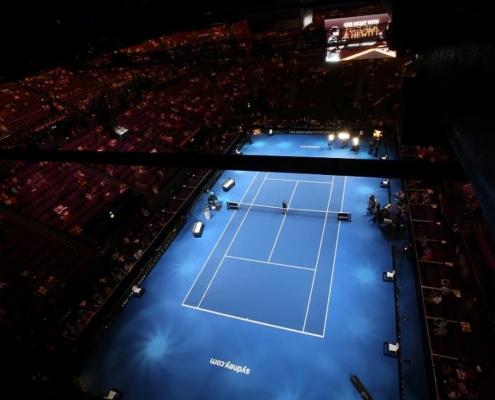 At the beginning of 2015, an exhibition match was played between Roger Federer and Lleyton Hewitt. The match was a Fast4 game displaying a new format of Tennis. Court Craft installed the tennis court at the Qantas Credit Union Arena under significant time restraints and delivered a world-class surface ahead of schedule.