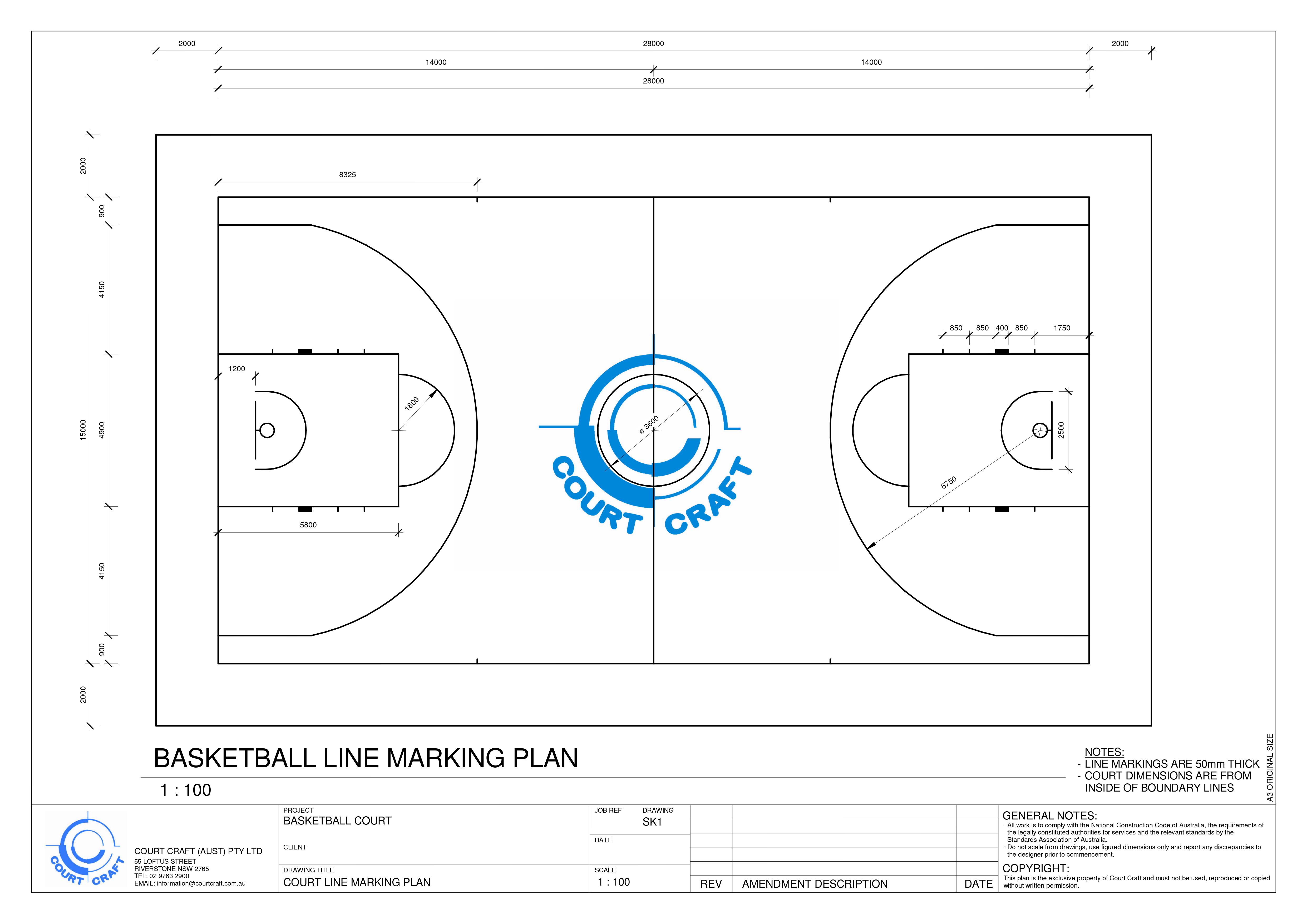 Basketball Court Dimensions
Basketball is a game played between two teams of five players. Goals are scored by throwing a ball through the fixed hoop at each end of the court. Basketball courts come in a range of different sizes, however, some features remain the same, such as the size and height of the basket and the distance of the basket from the free-throw line.

Clear space above Court
If indoors, a minimum clearance height above Court is 7m

Centre Circle
The centre circle is measured from the outer edge and has a radius of 1.8m. If the inside of the circle is painted, the colour must match the restricted areas.

Centreline and free throw semi-circles
The centre line is marked parallel to the end lines from the midpoint of the sidelines. It extends 0.15m beyond each sideline.
The free throw semi‑­circles are marked on the playing court measured from the outer edge and have a radius of 1.8m.

Three-Point Arc
The team’s Three-Point Arc is the entire floor area of the playing court, except for the area near the opponents’ basket.
Arc Radius: 6.75m
Minimum Distance from Sidelines: 0.9m
The three-point line is not part of the 3‑­point field goal area. Any shot made outside of the three-point arc is worth three points instead of the normal two

Throw in lines
The two lines are 0.15m long and marked outside the playing court at the sideline opposite the scorer’s table. The outer edge of the lines is 8.325m from the inner edge of the nearest endline.

Hoop
On all Basketball Courts, the hoops are always 3.05 m above the floor. Basketball courts have a three-point arc at both baskets.

Please contact Court Craft if this information is incorrect.